Internationally known, as a photographer's dream is Sossus Vlei with its monumental dunes, the highest of which has been measured from its base as being 325m. They were formed by multi-directional winds, and are at their highest where the Tsauchab River empties itself into the vlei. When it has rained sufficiently, the Tsauchab River fills the main pan, drawing flamingos and other aquatic birds to the area. At the entry to Sossus Vlei is Sesriem Canyon, where centuries of erosion have incised a narrow gorge of about 1km in length. At the foot of the gorge, which plunges down 30m to 40m, are pools of water that become replenished after good rains. 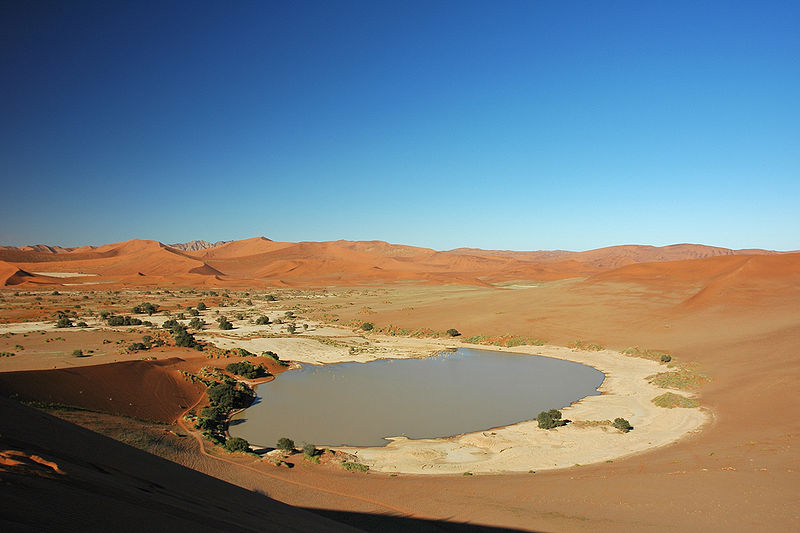